A pleasure villa just a stone’s throw from Lake Maggiore

A country mansion in the 16th century, a sumptuous summer residence in the 18th century, with its rooms decorated in Rococo style and its spectacular, monumental Italian garden, Villa Della Porta Bozzolo tells the story of a wealthy Lombard family.

Donated by the heirs of the Bozzolo family in 1989
In the 16th century, in the peaceful valley of Valcuvia, a few miles from Varese and Lake Maggiore, stood the country residence of the Della Portas, a family of wealthy local landowners of humble origins and aristocratic ambitions. At that time, the mansion had a rustic character, with its rural buildings, its wine press and cellar and its silk spinning mill.

In the 18th century, the house was renovated, embellished and turned into a typical villa di delizia on the occasion of the wedding between Giovan Angelo III Della Porta and Isabella Giulini, a countess from Milan. Today, it is thus possible to explore the opulent interiors of their summer residence: salons and halls, galleries and bedrooms decorated with vibrant frescoes and trompe l’oeil motifs, mythical and allegorical scenes, bright flower garlands even on the doors, all of which are small Rococo masterpieces.

Villa Della Porta Bozzolo has retained only few of the precious original furnishings: these include a canopy bed covered in golden damask silk and the wooden bookcases preserving the family archives. The other furnishings were donated by many generous and enlightened benefactors and helped recreate the atmosphere of an 18th century aristocratic mansion.

The windows afford a sublime view on the monumental Italian garden: its peculiar design is based on a succession of stone terraces ascending a hill crowned by the “theatre”, a wide green lawn with a fishpond and a steep path climbing to a spectacular panoramic lookout.

In the 19th century, Senator Camillo Bozzolo saved the mansion from decay: the place still preserves his family memories as well as his rich library.

In the past few years, FAI brought Villa Della Porta Bozzolo back to its former glory: still today, it is an enchanting corner of Italy, where you can spend the day strolling in the park, visiting the interiors of the mansion and enjoying a meal at the restaurant “La cucina di casa”.

Villa Della Porta Bozzolo is open to the public at the following times:

Cittiglio Railway Station. The service is operated by Trenord, check the timetables see their website.
Once arrived at the railway station, use the bus service provided by “Autolinee Varesine s.r.l.”

Check the timetables on the website of CTPI (Consorzio Trasporti Pubblici Insubria) [link]Car ParkingCar Parking available outside the building.

Reduced (aged 6-18): € 4
Children aged 0-5: free
Students up to the age of 26: € 4.
National Trust members*, residents of the municipality of Casalzuigno*, people with disabilities + one companion: freeFamilies (2 adults + 2 children aged 6-18): €18 from Wednesday to Saturday; €22 Sundays.
In case there were more than two children, admission is free starting from the third.

*with the exception of special events taking place, in which case only the price of the admission to the event will be chargedAll prices may vary during certain events (e.g. exhibitions).

FAIrPlay Family: additional € 1 on top of the price of the admission ticket
Running at a breakneck speed, discovering hidden passageways, doing somersaults in midair, listening to the sounds of nature: the 60 activities of the “FAIr Play Family” programme encourage children aged 5-12 to explore both the indoor and the outdoor spaces of Villa Della Porta Bozzolo in an original and creative way, stimulating their imagination and curiosity. The spirit of these activities is always informal and playful but, at the same time, fair and loyal towards art and nature, so that the visit results in a formative experience for the young generations, future guardians of the beauties of our country.

Guided tours for groups of up to 25 people are available in both Italian (€ 70) and English (€ 90). Reservation is required: for further information please contact faibiumo@fondoambiente.it

People with disabilities have free access to FAI properties.

Unfortunately, the property is not yet fully equipped to meet the needs of people with motor disabilities. Please contact the Villa for more detailed information.

Choose Villa Della Porta Bozzolo as a venue for your events!

A romantic mansion just a stone’s throw from Lake Maggiore

What sort of things can you do at Villa Panza?

Private events
The park, with its garden terraces and its magnificent staircase, is the perfect location for wedding receptions, exclusive dinners, fashion shows, book presentations, launches of new products. “La Cucina di casa”, the restaurant of the Villa, offers an excellent catering service for private events.

Filming and photo shooting
Villa Della Porta Bozzolo is the ideal location for photo shoots and all kinds of professional filming.

Choose a FAI property as a location for your event and support the conservation and protection of the Italian heritage. 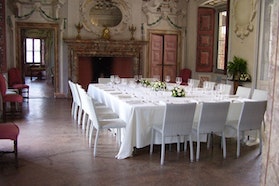 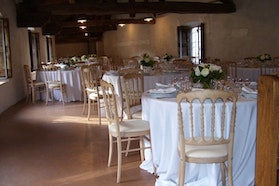 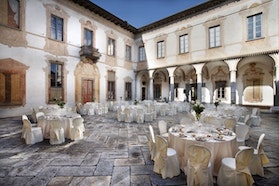 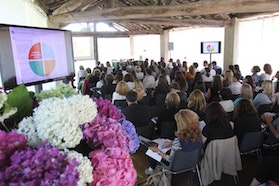